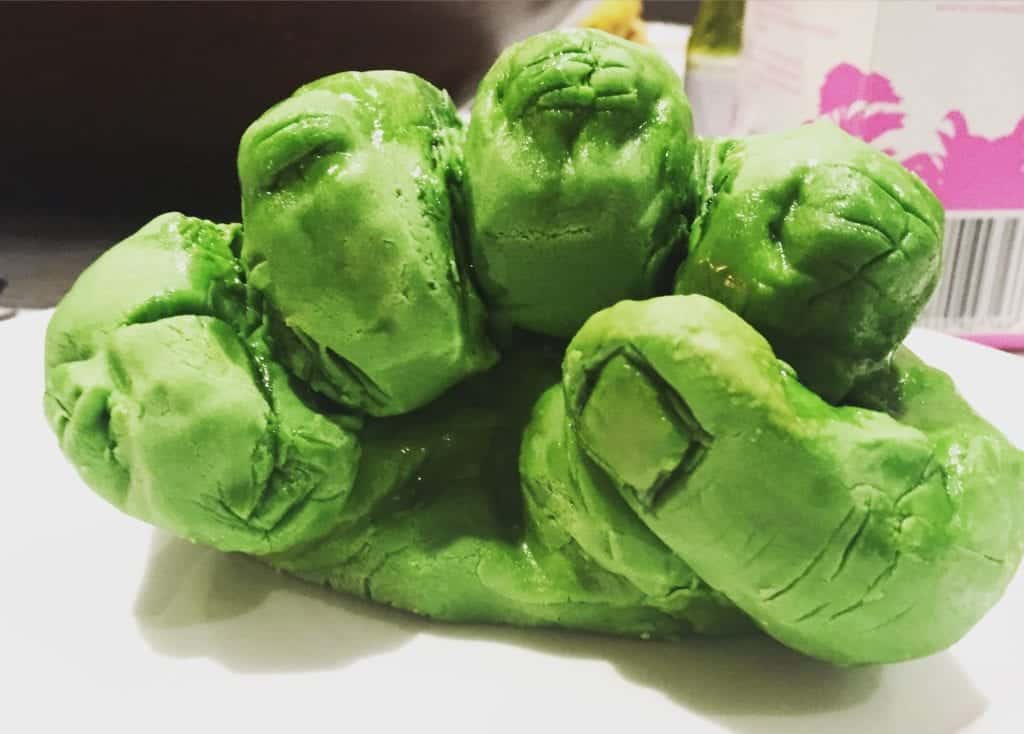 My baby sister (well she’s 17 now) likes comic books. Not in a super nerdy way, but she’s got some posters and enjoys the films etc… so I decided that for her birthday this year I’d make her a comic book themed cake…and what better way to top it than to make a hulk fist punching through the top right…

How to Make a Hulk Fist – Video

This was the first time I have ever made anything with fondant, except little flowers and to be honest the girl in the video explains this better than I ever could! The only difference is that I used icing instead of modelling chocolate, which is much more difficult to work with as it melts and would never have looked as good as the one in the video, so if you are thinking of making this I would suggest modelling chocolate like her! So instead of going through step by step I’ve just included a few images below to show you how I got on.

This was so much fun, and made a great way to top the cake, so I’d really recommend trying it out for yourself! 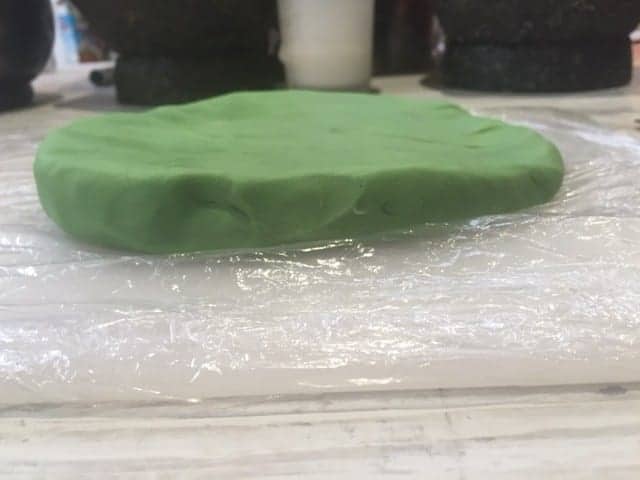 Flattening out my icing – make sure it’s thicker at the palm end than the fingers! 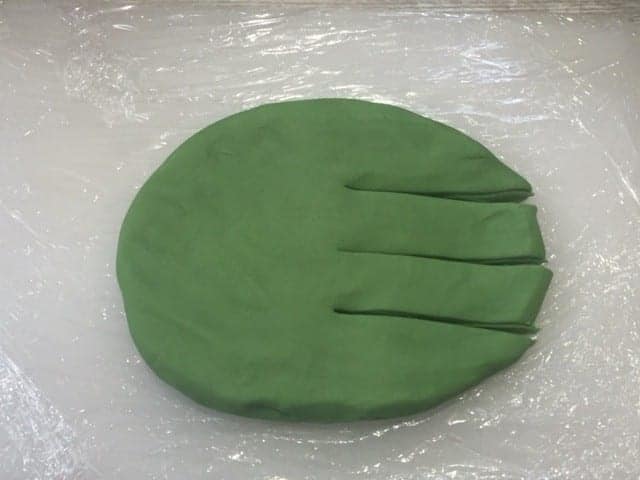 Cutting out the four fingers (you add the thumb later) 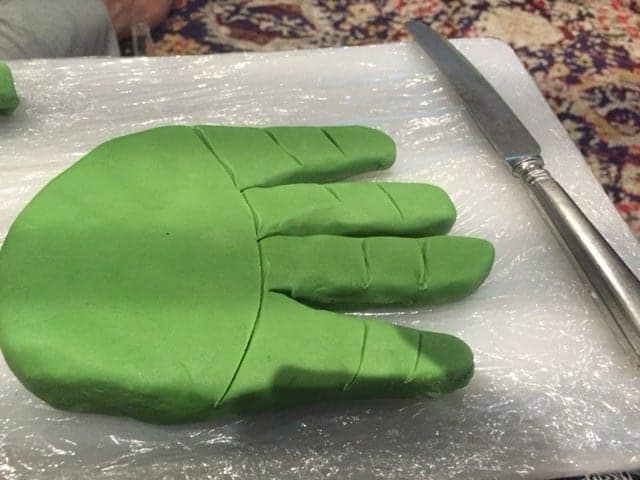 Once the fingers are rounded you need to mark where they’re going to bend! 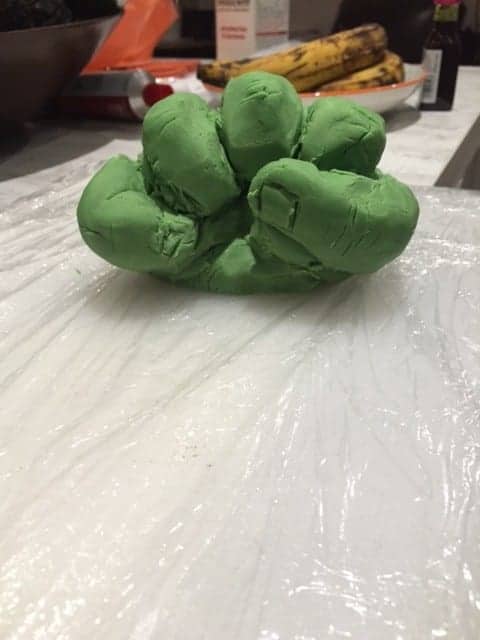 Once you’ve bent the fingers it’s time to start modelling! I actually only had a teaspoon to hand so I was pretty proud of the outcome! 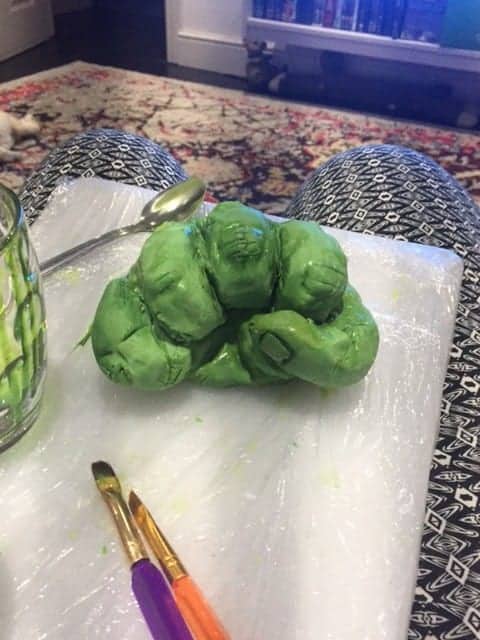 Unlike the video however, I decided to add some further shadows and colour variations using green food colouring. I think this gave it even more depth and made it a bit more ‘realistic’!

My Finished Hulk Fist! It’s not perfect but I’m pretty proud to be honest!