We all have things that we tell ourselves to make life seem a little easier, but there are certain things which crop up time and time again, both in my personal weight struggles and that of those I’ve known which frustrate me. I get quite annoyed, now that I’m on the road to my target weight, when I think back to all of the time I spent making excuses and kidding myself.  So here are just a few of the excuses we’ve all been guilty of making…Hindsight is a wonderful thing!

This is one of the biggies, and I’m not saying it’s entirely untrue. It’s true that some people are petite, and some people just aren’t! I am not petite, I never will be. I’m quite tall and I’ve got wide hips and a wide back and my shoulders aren’t all delicate and narrow.

But… to quote a mildly offensive ‘meme’ I saw once… “Have you ever seen a fat skeleton?”! As crude as that might be, it’s true…bigger build doesn’t equal fat! So telling myself that it was OK to be heavy for all of those year’s because I’m ‘big boned’ was really complete crap!

In reality there’s millions of people with the same build as me who aren’t overweight, which by definition means that my build doesn’t make my weight OK and never has done. I’m not one to buy into BMIs religiously, but unless you’re a pro athlete or something I’d check it out and make sure you’re not kidding yourself like I did!

I can vividly remember when I was growing up stuffing my face with sweets, that whenever my mum would tell me not to and that it’d make me fat to she’d also tell me that one day I’d blame her for the results! I’m not doing that, I promise! I am completely to blame for my problems with food, so please don’t get me wrong.

On me it wasn’t so cute!

However for years, I can also remember being reassured that the role around my stomach was “only puppy fat”! I know now that this was most likely more to try and make me feel better about myself, but for years I was convinced that the weight would just drop off me the minute I became an adult, because obviously only children have puppy fat! It didn’t…so that shows me! What no one told me is that if you leave your ‘puppy fat’ for too long…it just becomes fat!

This is one of those things that everyone always says as a joke, right before they stuff a piece of cake in their mouths!

If joining Slimming World has taught me anything, it’s that there really is no time like the present. If you start the diet tomorrow then you’ve lost out on one day where you could be improving your life and making yourself healthier…by all means eat cake, and biscuits and enjoy life to the fullest, but balance is key and if you use “the diet starts tomorrow” as an excuse to remove all sense of balance from your life then you’ll regret it…trust me!

What you probably hate more is feeling out of place at the gym. And trust me that’s entirely in your head! Everyone at the gym is there for the same reason, to be fit and healthy. Some people might have already got there, and others might be closer to that goal than you are, but only arseholes judge someone when they’re at the gym…and honestly do you really care about the opinion of an arsehole?

Campaigns like ‘This Girl Can’ are amazing for promoting a healthy attitude to exercise for everyone!

If you’re really struggling with the concept of going to the gym, and you feel like you really don’t know what to do when you’re there, then do what I did and book a session with a personal trainer! It’s an expense for sure, and some would say a bit of a luxury, but in my opinion being healthy isn’t a luxury it’s a necessity and if you need some expert advice to do that then go ahead. After a couple of sessions with a PT I was back in the gym on my own with a  proper work out plan and I have actually begun to enjoy myself! Not to sound preachy but I’ve always ‘hated the gym’ but now I enjoy it…you can too!

This last one is the most important for me. For years I tried fad diet after fad diet, cut out carbs, ate no sugar, fasted…if you can name it I’ve probably done it, and then binge ate myself into a coma straight afterwards!

All of this unhealthy weight loss and eventual weight gain lead me to believe I couldn’t lose weight, and I began to believe that I didn’t have the skills, or the will power, to succeed long term. I’ve lost count of the number of times I almost started a new diet, and then discounted it as pointless because of my past failings. It took a total melt down, and my mum coming with me, for me to actually take the first step and walk through the doors of my local Slimming World group and I’ve honestly never looked back. If I had continued to tell myself that I would never succeed then I wouldn’t have lost over three stone (so far!) and I certainly wouldn’t have the positive outlook I have on life now…what’s more I’d probably be even bigger! So stop telling yourself that you’ll never succeed, and start believing that you actually might! As my lovely Slimming World consultant Rachel says… 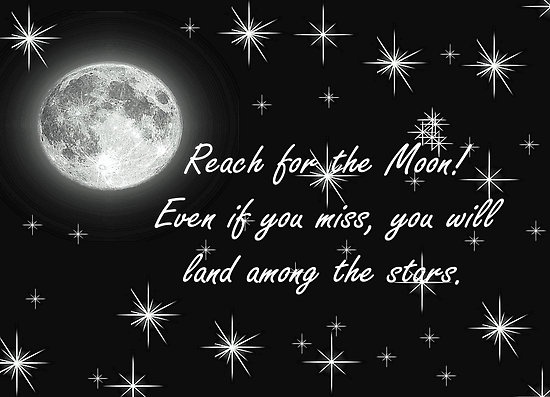