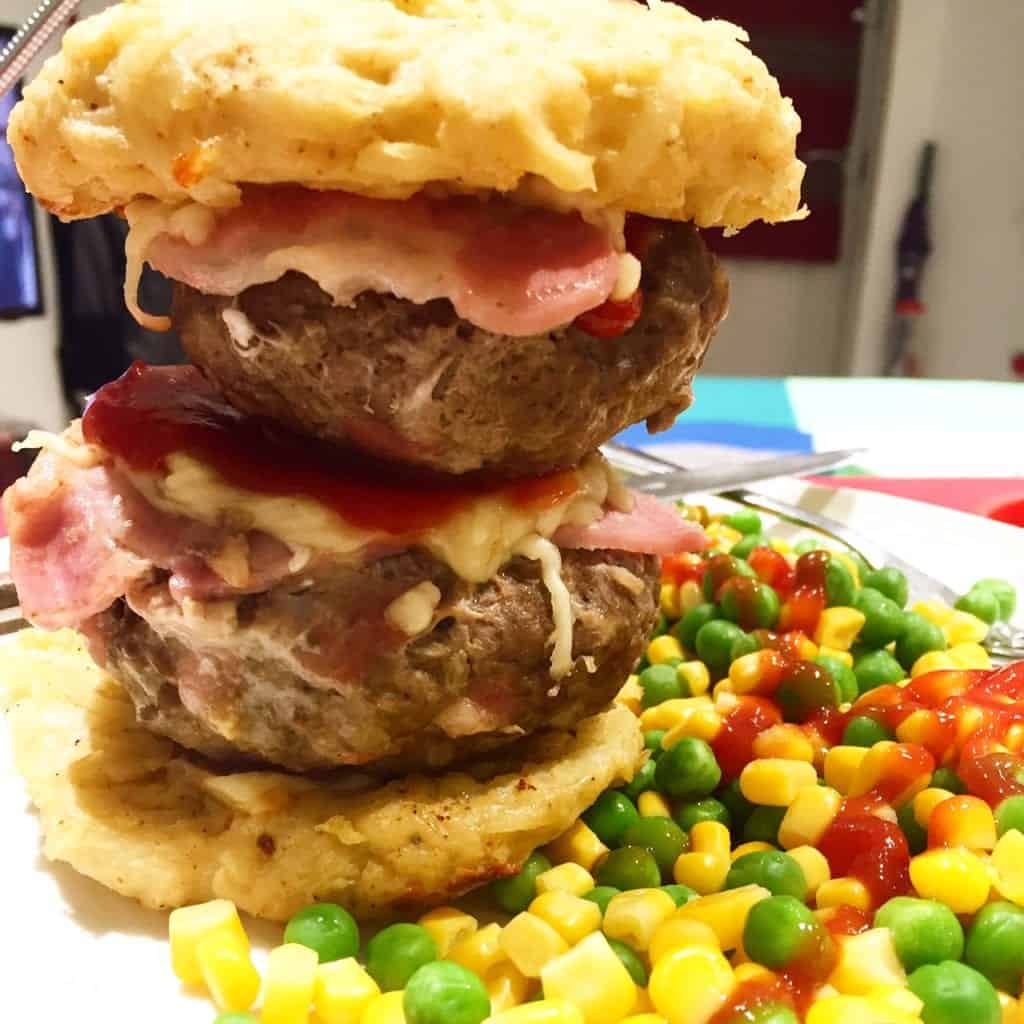 There have been some very special moments on my Slimming World journey…that first weigh in, getting my club ten, reaching three stone, finding out that I can eat pizza again…and now I’ve got another one to add to the list! This double stacked burger was a triumph, and the hash brown burger bun was even more so. I’m going to let the recipe speak for itself and just let you enjoy it…

For The BurgersChop your onion and garlic up very small and add to a pan with Fry Light. Fry until cooked and then set aside to cool.
For the Hash Brown BunsPeel your potatoes and then use a cheese grater to grate each one into a medium mixing bowl.
AssemblyOnce all the elements are cooked, stack your two burgers one on top of another on one hash brown, adding sauces if desired, and using the cheese to stick them together. Top with your final hash brown and serve with plenty of veg!

This is syn free on Slimming World when using the cheese as the HexA option for two people. Sauces add extra syns. 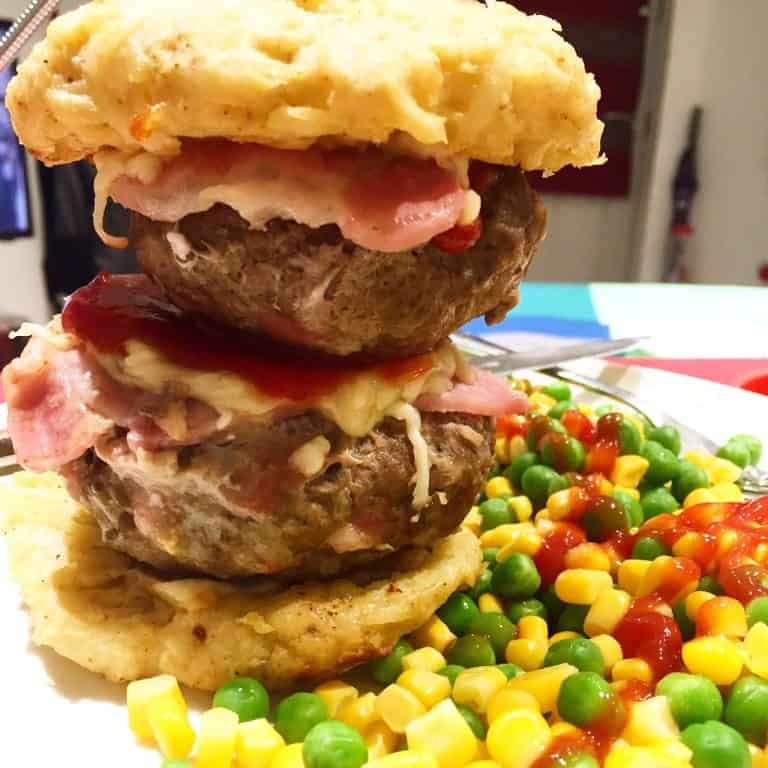